The official Google Code blog a announced a Google APIs Explorer earlier today that allows you to experiment with a variety of Google APIs – Google API Explorer.

The API Explorer provides a quick way of checking API calls, as well as generating RESTful calls to the corresponding API (simply grab the GET request URL that is generated).

If your favourite API isn’t supported by the explorer, fear not, because there are several other interactive explorers for Google APIs and services around…

Then there’s the Google AJAX APIs Code Playground that lets you explore all manner of Google APIs in an interactive fashion (including the Google visualisation API, maps and Google Earth APIs, search APIs etc etc): 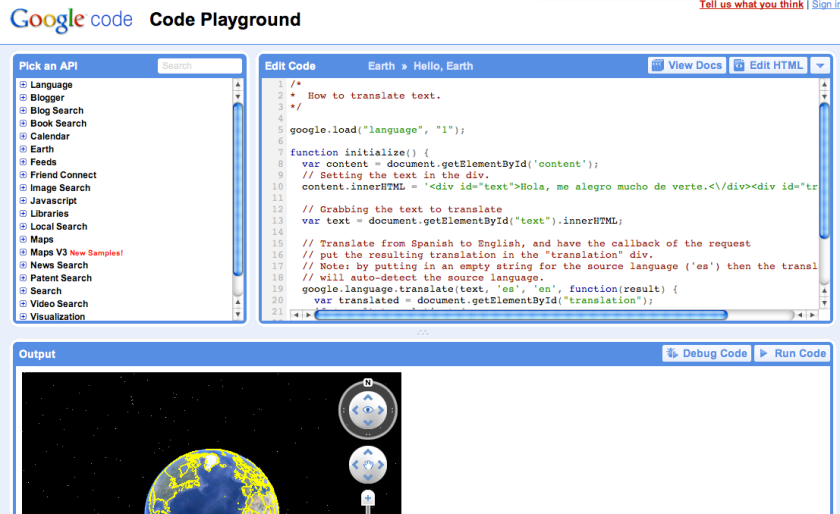 If it’s charts you want to experiment with, try out the Chart Tools Live Chart Playground (aka the old Chart API): 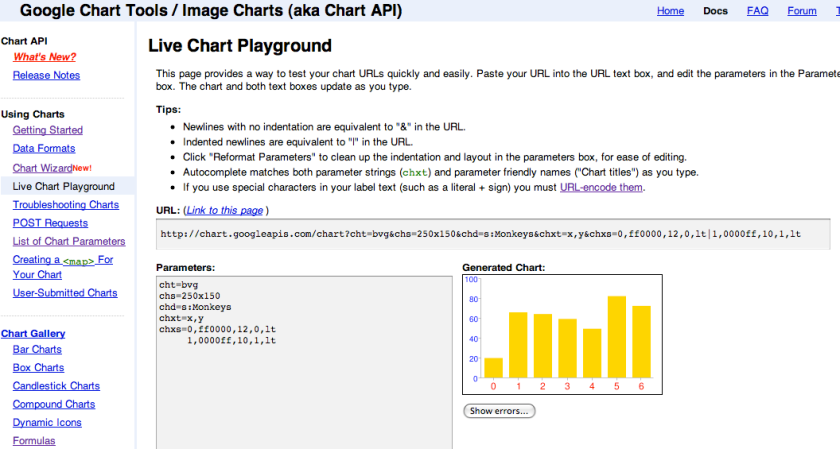 Any more that I’ve missed?