With the new F1 season upon us, I’ve started tinkering with bits of code from the Wrangling F1 Data With R book and looking at the data in some new ways.

For example, I started wondering whether we might be able to learn something interesting about the race strategies by looking at laptimes on a stint by stint basis.

To begin with, we need some data – I’m going to grab it directly from the ergast API using some functions that are bundled in with the Leanpub book…

The laptimes associated with the in- and out- lap associated with a pit stop add noise to the full lap times completed within each stint, so lets flag those laps so we can then filter them out:

We can now look at the data… I’m going to facet by driver, and also group the laptimes associated with each stint. Then we can plot just the raw laptimes, and also a simple linear model based on the full lap times within each stint:

So for example, here are the raw laptimes, excluding inlap and outlap, by stint for each driver in the recent 2016 Bahrain Formual One Grand Prix: 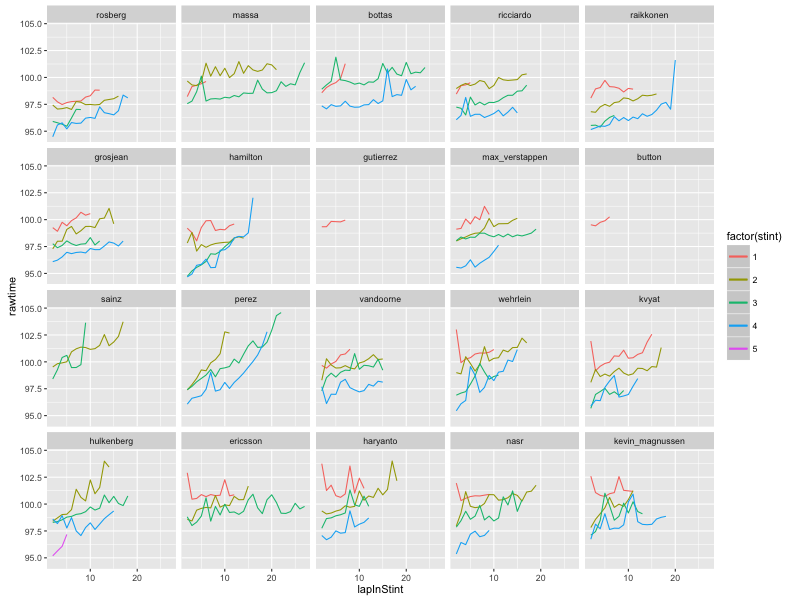 And here’s the simple linear model: 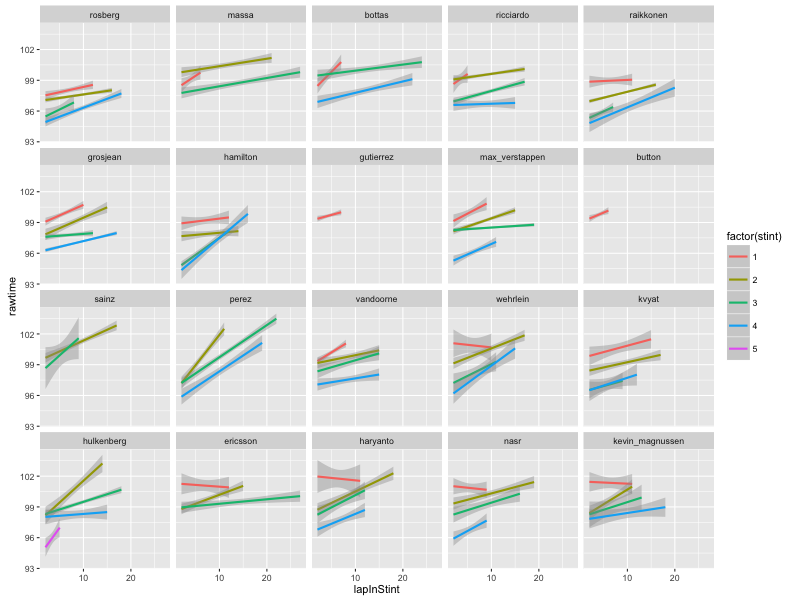 If we assume a 0.083s per lap fuel weight penalty effect, we can replot the chart to account for this:

Here’s what we get: 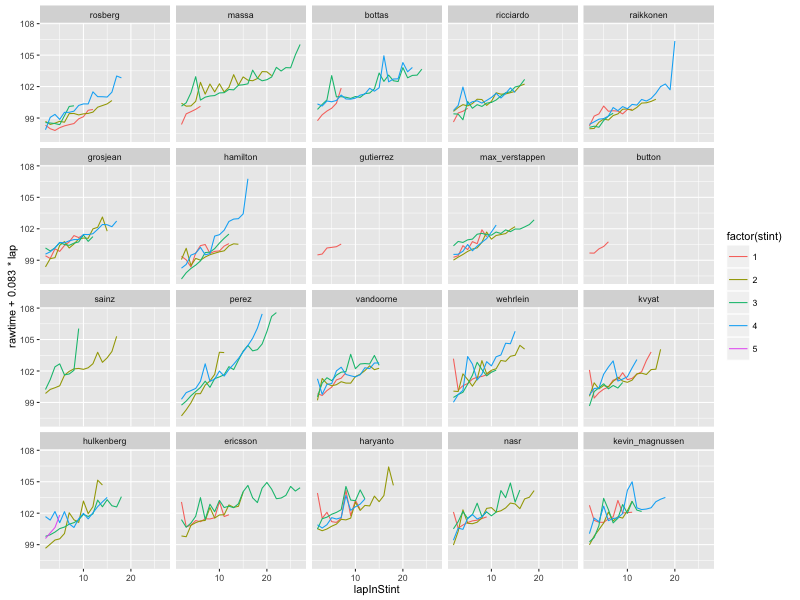 And here’s what the fuel corrected models look like: 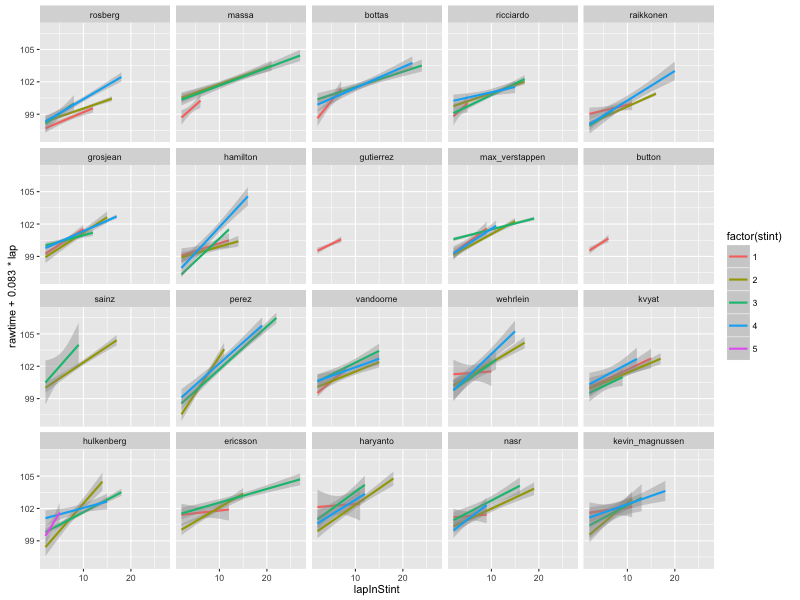 UPDATE: the above fuel calculation goes the wrong way – oops! It should be:

What we really need to do now is annotate the charts with additional tyre selection information for each stint.

We can also do a few more sums. For example, generate a simple average laptime per stint, excluding inlap and outlap times:

which gives results of the form:

It would possibly be useful to also compare inlap and outlaps somehow, as well as factoring in the pitstop time. I’m pondering a couple a possibilities for the latter :

I haven’t run the numbers yet though, so I’m not sure how these different approaches will feel…