A quick sketch of some companies that are linked by common directors based on a list of directors seeded from Carillion PLC. 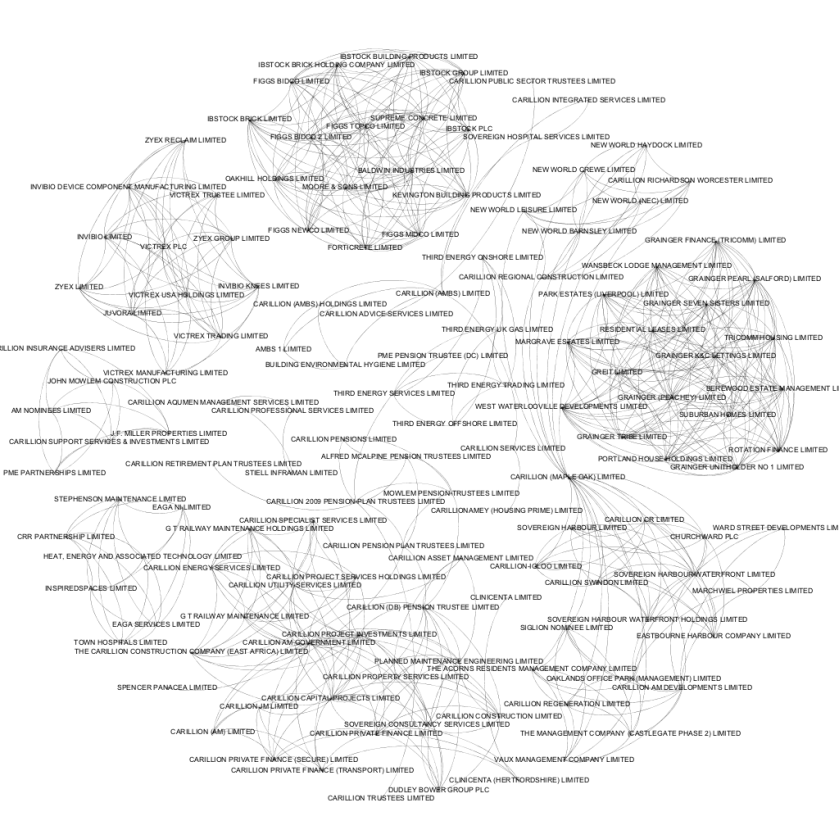 The data was obtained from the Companies House API using the Python chwrapper package and some old code of my own that’ll I’ll share once I get a chance to strip the extraneous cruft out of the notebook it’s in.

The essence of the approach / recipe is an old one that I used to use with OpenCorporates data, as described here: Mapping corporate networks-with Opencorporates.

Note the sketch doesn’t make claims about anything much. The edges just show that companies are linked by the same directors.

A better approach may be to generate a network based on control / ownership registration data but I didn’t have any code to hand to do that (it’s on my to do list for my next company data playtime!).

One way of starting to use this sort of structure is to match companies that appear in the network with payments data to see the actual extent of public body contracting with Carillion group companies. For other articles on Carillion contracts, see eg Here’s the data that reveals the scale of Carillion’s big-money government deals.