If you ever attend a motorsport, from speedway to track racing, rally to hill climb, you’re likely to notice an orange army of volunteers helping keep the event on track.

We’ve been attending the occasional motorsport event – touring cars at Snetterton, the WRC rally in Wales – a few times a year for getting on for a decade. The pace is a bit less hectic than other family treks to the muddy fields of music festivals, but just as entertaining. 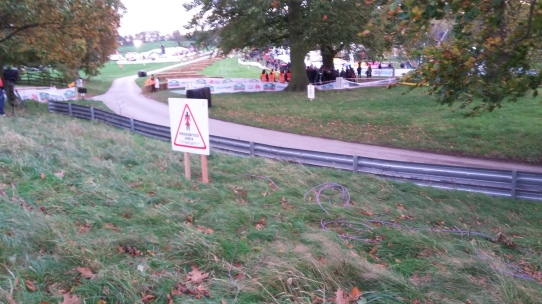 There’s often stall at the larger events run by the British Motorsports Marshals Club (BMMC) or the British Rally Marshals Club (BRMC)), one of which I popped in to at the WRC Wales GB RallyFest stage at Cholmondeley Castle last year. As a direct result of that, I ended up at Brands Hatch last week on a rally marshal taster day (the first one?) at the MGJ Engineering Brands Hatch Winter Stages, organised by the Chelmsford Motor Club.

Pretty much the only pre-requisite for attending the taster was to do the rally marshals online training, which is required for rally marshal accreditation. This includes several short modules on safety, good practice, and a first-on-scene briefing. Assessment is through multiple choice activities.

I also had to print off the ticket that was sent to me to get me free entry – and car access – into the circuit.

And so, a week or so ago, I parked in the marshal’s parking area and turned up for sign on a little after 6.30am at a soon-to-be-wet Brands Hatch, where I grabbed a breakfast and was met by Chief Marshal for the day, Luis Gutierrez Diaz.

After a bit of orientation, and tour of the service park, I started the day at the initial time control, where cars sign on to the stage at a required time in one minute windows. The cars were starting at 30s intervals, which meant two cars arriving each minute.

Arriving at the initial time control at the due time, co-drivers handed their time card to one marshal who recorded the time give by an official clock, and then released the car at the appropriate time.

Another marshal recorded the accession number of the car through the control point, along with the car number and the time. This record was used to give a count of the cars passing the initial time control into the stage.

I had a go at filling in this form in under a makeshift shelter of the open back of an estate car, using the back shelf for writing support.

(I’m regretting not having kept a photo diary!)

Next stop was the start. GoMotorsport‘s John Conboy gave me a lift up to the start area, where the multi-generational group of family (mum, dad, son, daughter) and friends that were the Zoo Crew Motorsport Team were handling matters. 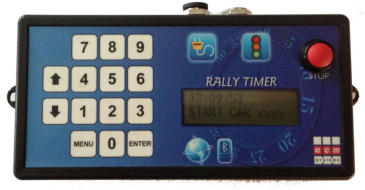 Passing through another marshaled staging point prior to the start, the Zoo Crew (with team hats!) provided each car with an actual start time (one marshal taking the time and signing the co-driver’s card, along with the number of the preceding car onto the stage, another recording this on a master sheet), then passed then on to the start (one marshal to stop the car, one marshal to record the car number using the timer and set the electronically recorded start time – which also controlled the countdown clock).

Between stages, the layout of the course was changed, which meant once all the cars were through the stage, it was time to help move some cones…

After walking back to grandstand (a short walk – Brands Hatch is quite compact) I met up with John again, grabbed a coffee, and went off to the finish, where a group of five marshals were staffing the finish line: one to read out the time recorded by the timer for each car, one to record the time, car number, and preceding car number, and three to grab the cards from the finishing cars. (Another two marshals were opposite the actual finish line, in line of site with the timing beam, to manually record the times as cars passed to stage finish as a back up.)

By this time, it was raining… but we managed to stay dry. The stage finish marshals were another regular gang, their van stocked with supplies and a gazebo covering the control area to keep us all relatively dry.

At the end of my stint there, the rally reversed the way the cars went round the track, so I grabbed a lift back to the start, which was about the become the finish, as the start/end marshal teams changed ends.

Meeting up with John Conboy again, he took me to mid-stage, and Team Berris, another crew of family and friends, this time spanning three generations, and a expansive gazebo kitted out with everything the gang could need for the day! 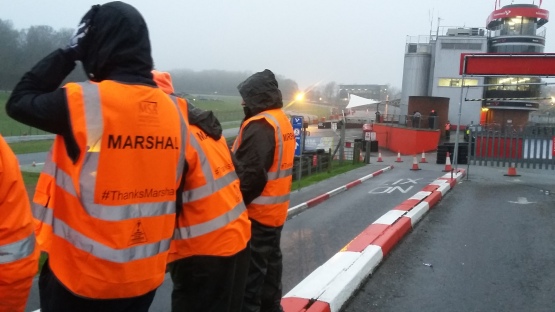 As with the other teams, marshals were appointed to a position for the day, unlike my see it all taster experience. Compared to the time control points, where the marshals played a role in managing the on-stage administration of the rally, this was more about being there just in case, although at some of the other stations I suspect the marshals had a busier time of it in the form of changing the track layout between stages.

The circuit setting of this rally meant the marshals in the stage had a role similar to circuit racing track marshals. (The rally was actually a round in the MSN Circuit Rally Championship, which looks to be a cunning way to make competitive use of motor racing circuits in the track racing offseason.) From visiting the Wyedean stages as a spectator, as well as from conversation throughout the day, I imagine the experience on a forest stages is rather different, covering off footpaths and access roads, for example, and managing the safety of spectators as much as competitors. (That said, spectator management by marshals was also evident at Brands Hatch, in the form of a marshal preventing public access to the VIP infield area by way of the underpass.) The ability to see pretty much every aspect of the on-the-day activities surrounding the rally, which might be a bit harder to achieve at an event not based around circuit facilities, was really useful.

One useful tip I was given about the on-stage marshaling, which also backed up some of the online training, was to “wait 10 seconds” in the event of an accident or incident. This gives you time to take stock of the situation, and make a decision about whether a car needs assistance at all. The underlying principle is that if a driver and co-driver can safely get out of their vehicle, they should be left to it.

Another tip: bring a whistle. When attending an incident, marshals look out for everyone’s safety, including their own. At the sound of a whistle, something’s coming… 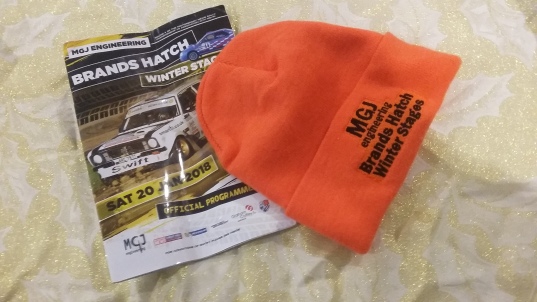 So that was it, my rally marshal taster day, 7 till 7, and a great day it was too. The camaraderie was evident – multigenerational family groups – and welcoming to a newcomer such as myself. Many of the marshals seem to current, or previous, competitors and have a wealth of stories to share and tales to tell. If there are teens in your life, under eighteens are allowed, with consent… The range of different activities and opportunities involved in marshaling an event like this was also an eye-opener for me.

So what didn’t I see?

Some of the on-stage marshals I didn’t chat to were the radio marshals, who often double up as flag marshals. These are the only people with a guaranteed link back to the rally control and the clerk of the course, in case of incident. The radio channels are all public though, so taking a scanner along would mean you could listen in on the traffic.

I also didn’t get to see the handling of the paperwork either as it was issued to competitors or once cards were received from them, or collected from time controls. (One of Luis’ jobs was to drive round the stages collecting paperwork from the time controls every couple of stages.) I got the feeling that the electronic timing data records were a backup, and the rally was actually administered through paperwork. (Another note to self: pencil can work better than pen in the damp…)

As mentioned before, I also forgot to grab some photos…

So what next? I put in an application for my MSA marshal registration, although that wasn’t a necessary requirement for the taster day and you don’t actually need to register to volunteer, though that means you have to be paired up with someone.

I also started looking around the BRMC website at the progression path for marshals:

Although you don’t have to commit to anything, the more experience you have the more opportunities there are…

One thing I’ve started thinking is that I should perhaps volunteer at my local car club; I suspect that any event registered with the MSA and run under MSA Blue Book regulations (where can I get a print copy of that?) is likely to require marshal support somewhere…

And the number of opportunities for rally marshals is likely to increase. For many years, “the holding of races or trials of speed between motor vehicles on public ways in England” has been impossible, but the Deregulation Act 2015 changed that with a series of amendments to the Road Traffic Act 1988 .

As a direct result of those amendments, the Chelmsford Motor Club are organising a closed roads event – the Corbeau Seats Rally: Tendring & Clacton – on public roads in April this year. (I did try to look for their application to the Essex County Council Highways Authority, but couldn’t find it anywhere?)

To sum up, the taster event was a great idea. If my first experience had been stood in the middle of a forest for a whole day somewhere, I wouldn’t have learned as much about the wide variety of activities that need to be covered, although from experience of standing in forests as a spectator, I’m sure it still would have been fun:-)

As someone who has only spectated at, and never competed in, any sort of motorsport event (other than a couple of goes at karting) it was fascinating to get a flavour of the event as a whole. Since then, I’ve had a poke around for other informal reviews of “procedure” which nicely complement the day: Co-driving Guide; and here: Rally Time Control Etiquette]. Which reminds me, I’d like like to grab a set of the various forms and cards used to see properly how things cross-check, data geek that I am:-)

I think GoMotorsport are supporting another marshal taster day at the Snetterton Stage Rally on February 18th, 2018 (marshal sign-up page) and I’d recommend it to anyone who fancies getting started.

Many thanks to Luis Gutierrez Diaz, John Conboy, the Zoo Crew, Team Berris, and all the other marshals who put up with my naive questions. I’ll hopefully get to see them all again, somewhere, sometime…