Having a quick peek at a dataset released today by the HSCIC on Accident and Emergency Attendances in England – 2014-15, I noticed that the frontispiece worksheet allowed you to compare the performance of two trusts with each other as well as against a national average. What particularly caught my eye was that the data for each was presented in textual form: 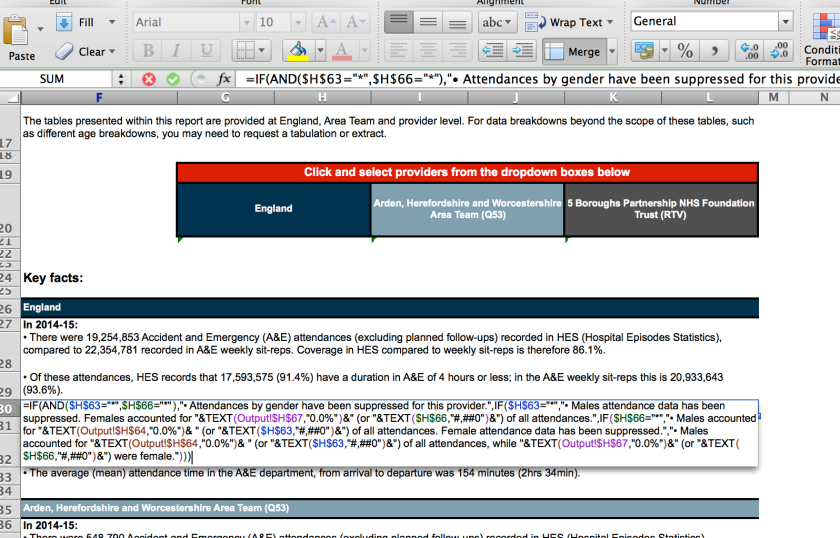 In particular, a cell formula (rather than a Visual Basic macro, for example) is used to construct a templated sentence based using the selected item as a key on a lookup across tables in the other sheets:

For each worksheet, it’s easy enough to imagine a textual generator that maps a particular row (that is, the data for a particular NHS trust, for example) to a sentence or two (as per Writing Each Row of a Spreadsheet as a Press Release?).

Having written a simple sentence generator for one row, more complex generators can also be created that compare the values across two rows directly, giving constructions of the form The w in x for y was z, compared to r in p for q, for example.

So I wonder, has HSCIC been doing this for some time, and I just haven’t noticed? How about ONS? And are they also running data powered conversational Slack bots too?