A couple of years ago, prompted by a query from Michael Smethurst/@fantasticlife (then of the BBC, now of UK Parliament), I put together a post that described several ways for visually exploring the structure of a story or narrative – Narrative Charts Tell the Tale… (see also: From Storymaps to Notebooks).

One of the chart types described was the XKCD inspired narrative chart:

which led to demos (produced by Michael, drawing on a third party library – comic book narrative charts?) such as this one: 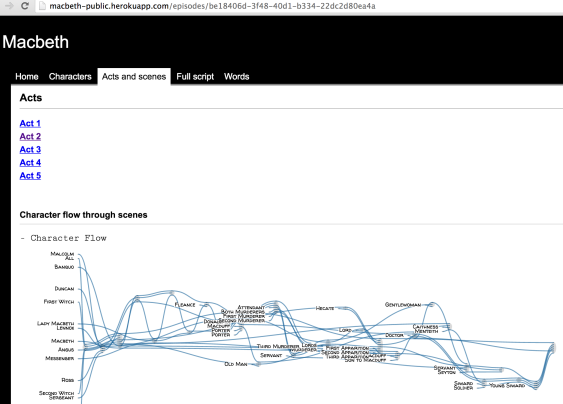 The data is supplied in two data files: an XML file that identifies the characters, and a JSON file that contains a list of scenes, with each scene comprising a set of characters associated with the scene.

More recently, the chart style was taken up by ABC News in an attempt to untangle a complicated story around a political scandal:

The code for that demo is available here – Github/abcnews/d3-layout-narrative (also check out the interesting way in which they annotated the source – and described in the post Automating XKCD-Style Narrative Charts.

The code library defines the layout engine, with the data for the graphic contained in a separate JSON file that contains a list of characters and a list of scenes:

An XKCD cartoon today described Googling the future using search terms such as “in <year>” and “by <year>”:

So I tried it: 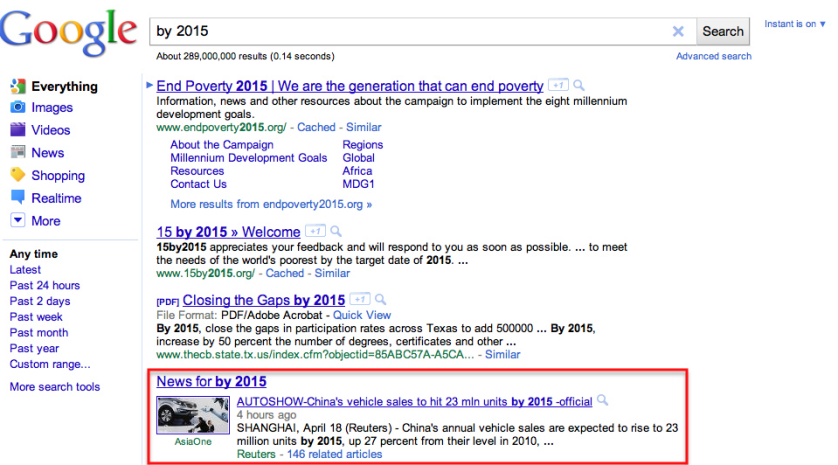 Hmm – results from the future?

So I had a play in Google News… could this be a good way of searching forecasts?

By searching the past, we can search for old forecasts of the future… 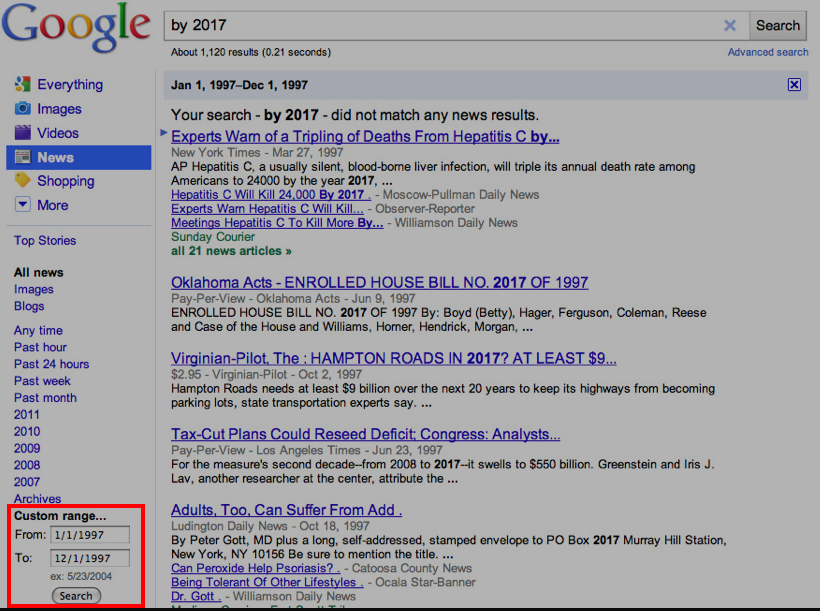 I leave it as an exercise for the reader to search results from 2006, 2001, and 1991 for the 5, 10 and 20 years forecasts respectively for this year… let me know in the comments if anything interesting turns up;-)

PS ANd this: Quantifying the Advantage of Looking Forward, which looks for different countries at the ratio of searches for year+1 and year-1 over the course of a year, then plots the resulting quotient against GDP. The results appear to suggest that there is a correlation between GDP and the forward looking tendency of the population. (But is this right? Do the search volumes get normalised (on Google Trends) by the volume of the first term at the start of the trend period? If the user numbers are growing over the course of the year, might we be skewing the future looking component because of loaded terms at the end of the year?)