Sometime last year, the VC sponsored RoboRace autonomous car race series was announced as a supporting race for the Formula-E for the 2016-17 season.

According to the NVidia blog, the first RoboRace cars will be powered by an NVidia Drive PX2 computer (more: PCWorld – The specs and story behind the autonomous Robocar and its Nvidia Drive PX 2 brains). (Specs for the PX2 don’t appear to be on the Nvidia Automotive Solutions webpages yet?)

I haven’t seen any announcements regarding the teams yet, so if you haven’t had an invite already (nor me!;-), you’re probably not on the list. I did see this ad a few weeks ago though…

Here’s a list of folk currently claiming to be associated with Roborace on LinkedIn.

However, that doesn’t necessarily mean you can’t get into the autonomous racing thing…

For example, you could always sign up for the International Autonomous Robot Racing Challenge (IARRC), or have a go at building your own version of Georgia Tech’s AutoRally autonomous robot rally car (the Georgia Tech folk have made their code available…).

Or how about giving your wheels a day out with a self-driving car trackday? 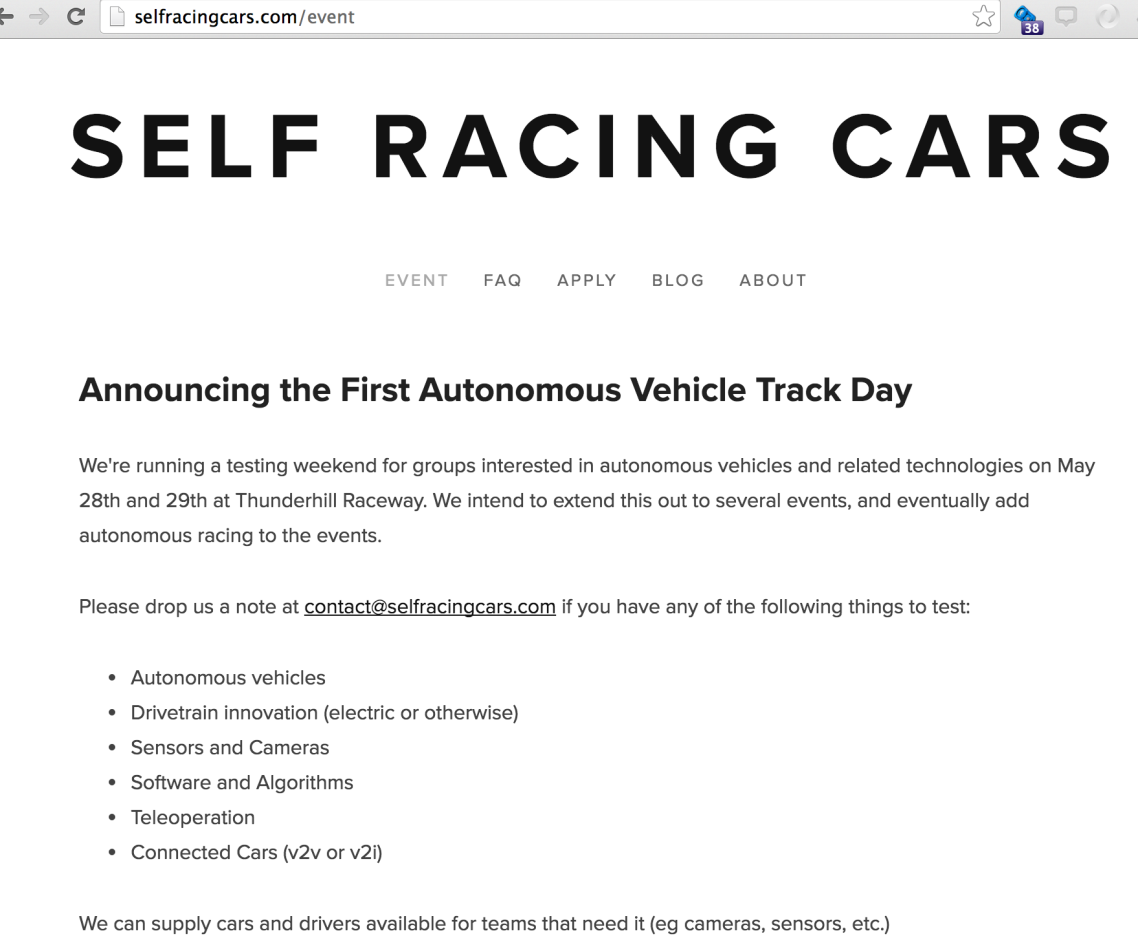