… legislation, regulations and codes of conduct mention them. 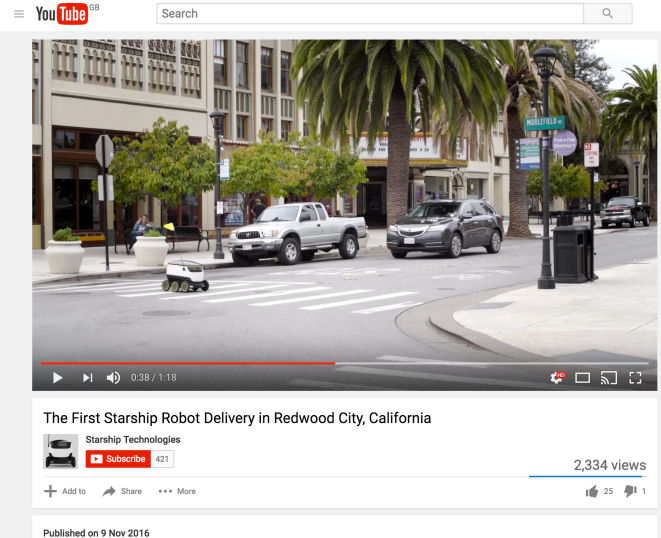 which got me wondering: does the driver have to give way and stop?

Cue The Highway Code and The Zebra, Pelican and Puffin Pedestrian Crossings Regulations and General Directions 1997. 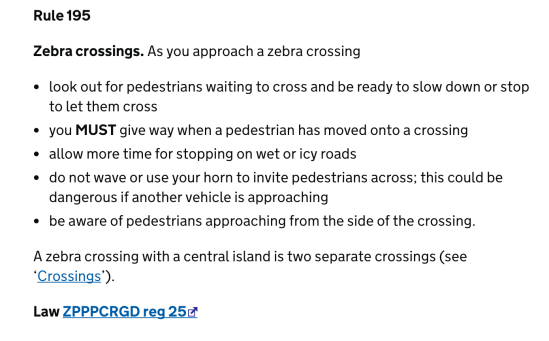 Hmm… nothing about drones or delivery bots there…

What do the regulations say?

14.  A give-way line included in the markings placed pursuant to regulation 5(1)(b) and Part II of Schedule 1 shall convey to vehicular traffic proceeding towards a Zebra crossing the position at or before which a vehicle should be stopped for the purpose of complying with regulation 25 (precedence of pedestrians over vehicles at Zebra crossings).

Precedence of pedestrians over vehicles at Zebra crossings

25.—(1) Every pedestrian, if he is on the carriageway within the limits of a Zebra crossing, which is not for the time being controlled by a constable in uniform or traffic warden, before any part of a vehicle has entered those limits, shall have precedence within those limits over that vehicle and the driver of the vehicle shall accord such precedence to any such pedestrian.

Time to set up an alert on things like: drone OR unmanned site:www.legislation.gov.uk/uksi

PS The above reminds me… 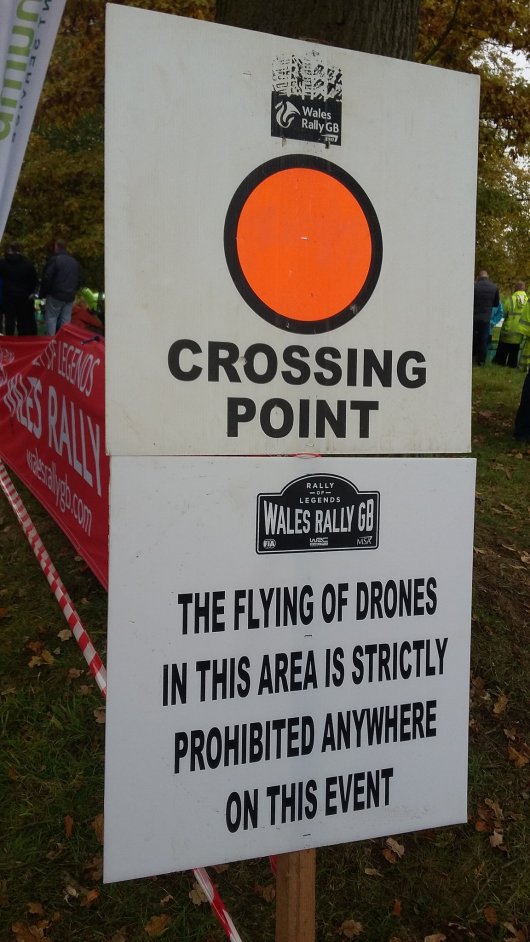